The Juan de Lanuza School has presented its new project EFFƎ (EQUAL FUTURE FOR EVERYONE). The project is born in the framework of the fifth Sustainable Development Goal (SDG  – ODS in Spanish acronyms), proclaimed by the United Nations, thus becoming a reference centre in Aragon by working directly in favour of female leadership.

There are many projects being developed at the Juan de Lanuza School that place it among the best schools in Spain according to the specialised press. This new project allows us to add new achievements, in order to be proactive in society and to achieve an educational project adapted to the globalised world in which we live. Specifically, it will allow us to work in favour of gender equality, putting an end to all forms of discrimination against women and girls, as a crucial human right according to the UN.

The presentation was very well received by the attendees, who appreciated the implementation of an educational project, using the Service Learning Methodology (APS in Spanish acronyms), through which the students of the centre will put into practice an exercise in critical thinking integrated into a social context. The project aims to raise awareness of the importance of the role of women in all areas.

The project is scheduled to be carried out in several phases over a period of four years, the first of which will take place in May and June of this academic year, with the premise that female leadership will be promoted. During these months, a series of conferences will be given by women leaders of the moment, such as María López, PhD in Computer Engineering from the University of Zaragoza, CEO and co-founder of Bitbrain; Susana Alejandro, Director of Strategy and Corporate Development of the Saica Group or Ana María Farré, author of the book Mujeres líderes en la educación del siglo XXI, as well as workshops with the students as protagonists. The conference will close with a micro-documentary, made by the students, in which they will give voice to women with different inspiring stories. 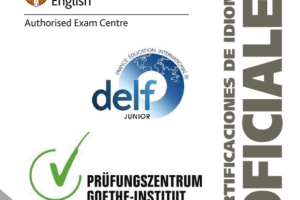 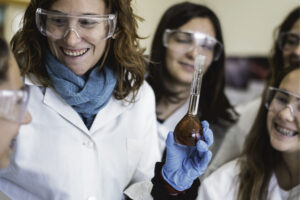 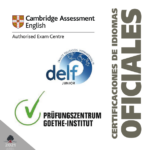 EFFƎ (EQUAL FUTURE FOR EVERYONE), A NEW PROJECT IN JUAN DE LANUZA SCHOOL

This website uses cookies to improve your experience while you navigate through the website. Out of these, the cookies that are categorized as necessary are stored on your browser as they are essential for the working of basic functionalities of the website. We also use third-party cookies that help us analyze and understand how you use this website. These cookies will be stored in your browser only with your consent. You also have the option to opt-out of these cookies. But opting out of some of these cookies may affect your browsing experience.
functional

SAVE & ACCEPT
Powered by