We invite you to read the press release that was published in the media with information about the prize that Antón and Maite, teachers of the School’s piano, received.

The past 28 and 29 of September took place in Baza (Granada) the Antón García Abril International Contest, one of the most important chamber music competitions on the international scene.

Around thirty groups from across the national territory and various European countries such as the United Kingdom, Germany, Switzerland, Latvia, Finland and Austria, participated in this sixth edition of the contest that has stood out for the very high level of its contestants.

Out of nearly a hundred musicians, the piano duet formed by Antón y Maite, already stood out in the semifinal where they played works by N.Kapustin and O.Messiaen. After a complicated eliminatory they passed to the final test, to which only twelve of the groups passed. They performed works by García Abril, Albéniz and Ravel in the final, drawing a great ovation from the audience and the members of the jury, presided over by the composer Antón García Abril. Their interpretation led them to win the 2nd prize (ex-aequo), shared with the group “Tempus Piano Quartet”, coming from Latvia.

The piano duet “Antón & Maite” was formed in 2012 at the Conservatory of Music of Aragón, under the tutelage of the pianist Miguel Ángel Ortega Chavaldas and the Dúo del Valle. They also receive the advice of the pianists Juan Fernando and José Enrique Moreno-Gistaín. They have offered concerts in cities such as Madrid, Zaragoza, Pamplona, ​​Huesca, Teruel, Córdoba and Jaén. The musical critics have described them as a duo “with great sensitivity and musical taste”, in addition to “showing a perfect synchronization between both pianists”. Among his awards, he stands out for the 2nd Prize in the Panticosa International Chamber Music Competition, and is currently preparing a tour of China for the 2018 season.

From the School, we congratulate you and send you all our support to continue on this path, which will undoubtedly come full of success. Our interest in promoting music education among students is firm, and we know that we have the luxury of having great professionals, in the classrooms and in the complementary activities that guarantee this training.

GROWING AS A COMMUNITY, OUR MOTTO

GROWING AS A COMMUNITY, OUR MOTTO 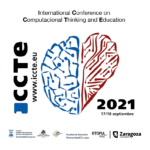 This website uses cookies to improve your experience while you navigate through the website. Out of these, the cookies that are categorized as necessary are stored on your browser as they are essential for the working of basic functionalities of the website. We also use third-party cookies that help us analyze and understand how you use this website. These cookies will be stored in your browser only with your consent. You also have the option to opt-out of these cookies. But opting out of some of these cookies may affect your browsing experience.
functional
Functional cookies help to perform certain functionalities like sharing the content of the website on social media platforms, collect feedbacks, and other third-party features.
SAVE & ACCEPT
Powered by